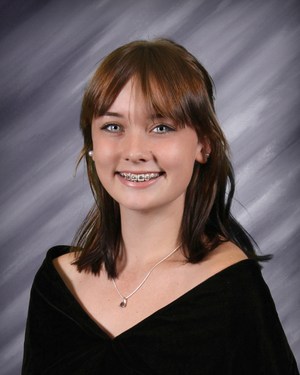 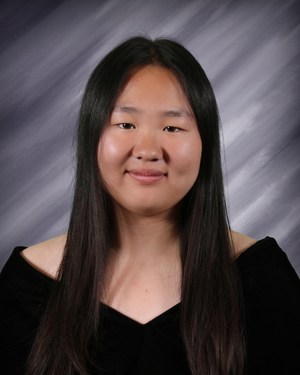 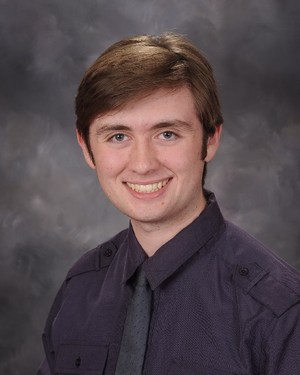 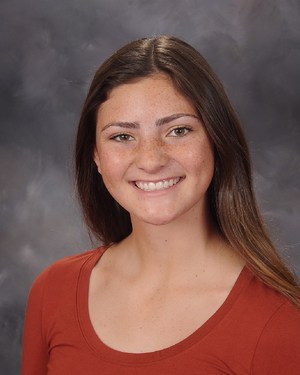 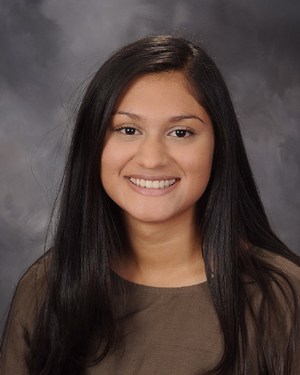 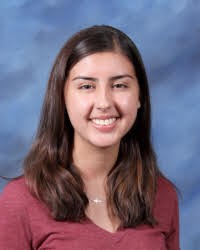 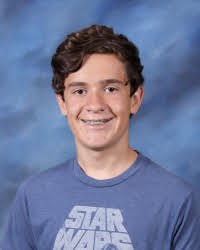 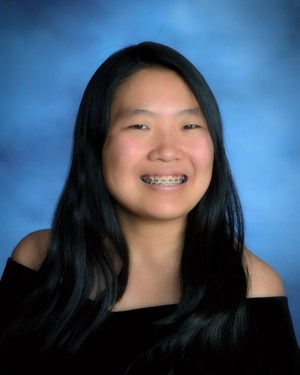 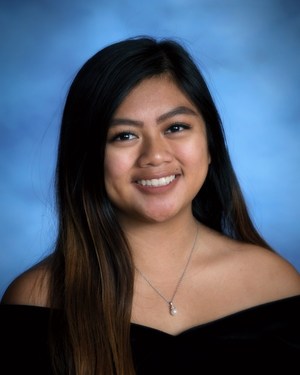 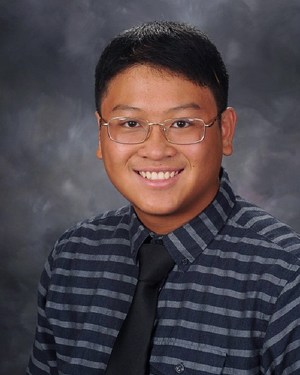 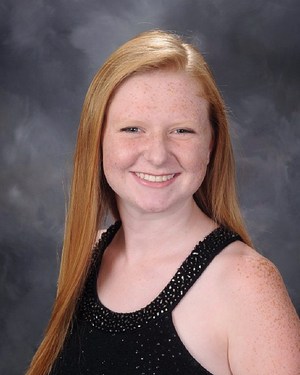 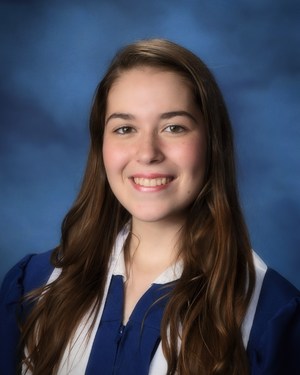 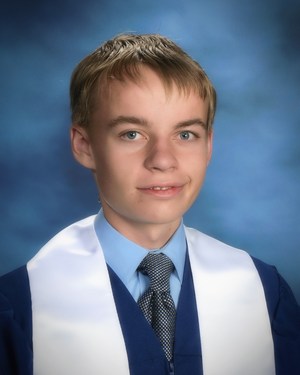 Congratulations to our Valedictorians and Salutatorians!

Hamilton High School, with a senior class of 67 students, recognizes Hayley Thrapp as its 2017-2018 Valedictorian. Hayley’s persistence and hard work has earned her the Valedictorian honors with a GPA of 3.93 and SAT score 1350.  Hayley has been actively involved in managing girls and boys basketball and boys baseball.  Hayley will complete five AP courses while enrolled at Hamilton High School.  After high school, Hayley plans to attend California Baptist University and plans to pursue a career in education with an emphasis in psychology.

Representing Hamilton High as the Salutatorian is HyeRin Yoo with a GPA of 4.07 and a SAT score of 1260.  HyeRin will complete two Advanced Placement courses in her tenure at Hamilton High.  HyeRin has also been an active member of the Interact Club and the National Honor Society.  HyeRin plans to attend Cal Poly Pomona and pursue a career in computer engineering.

Hemet High School would like to recognize Michael McDonald as its Valedictorian. Michael has a 4.32 GPA and a SAT score of 1560. He has been actively involved in Math League, Breakfast Club, Habitat for Humanity Club, and as a Trigstar participant.  Michael is currently serving as an attorney for the prosecution on the Mock Trial team and is ASB Vice President. Michael will complete ten Advanced Placement courses while enrolled at Hemet High School, earning four college courses of credit. Michael has served the community as a math tutor, working with Habitat for Humanity, and volunteering at the Community Pantry.  He has won multiple awards and recognitions during his time at Hemet High, including Grand Champion with Math League, AP Scholar with Distinction, and as a member of the Honor Escort. After high school he hopes to attend Stanford to pursue a major of Physics or Mathematics with the goal of conducting scientific research.

Hemet High School would like to recognize Shalini Patel as its Co-Salutatorian. Shalini has a 4.55 GPA and SAT score of 1450. She has been actively involved with the school’s Mock Trial program and is serving as the Captain this year. She will complete thirteen Advanced Placement (AP) courses while enrolled at Hemet High School, earning six college courses of credit. In her sophomore year she co-founded the Breakfast Club which has been serving the community of Hemet for the past three years. She is an avid community volunteer and has won multiple awards and recognitions during her time at Hemet High, including four years as a Presidential Gold Award for Academic Excellence. After high school her aim is to attend Stanford to major in Biology with the goal of becoming a Medical Doctor.

Also representing Hemet High as the Co-Salutatorian is Ashlyn Dunn with a GPA of 4.33 and a SAT score of 1520.  During her time at Hemet High Ashlyn will complete eleven Advanced Placement courses and she has earned two courses of college credit. Ashlyn has been a four-year member of the Symphonic Band and is currently the first chair flute player and has also been a four-year member of the school’s Marching Band.  She is a member of Hemet High’s Habitat for Humanity Club, Breakfast Club, Academic Decathlon, has participated in Math League, and is a Scholar Athlete as a member of the Varsity Tennis team. She has earned numerous academic awards, including serving as a member of the Daisy Chain. Ashlyn has attended Seminary, is involved in her church, enjoys service to others, and is actively involved in her community devoting countless hours of her time to community service throughout the past four years.  Ashlyn hopes to attend Brigham Young University in Provo, Utah, to pursue a degree in Applied Mathematics with the goal of becoming an Actuary.

Helen Hunt Jackson College Prep High School (HHJCPHS) is recognizing Carisma Patrick as its 2018 Valedictorian. Through hard work and a strong desire to learn Carisma has earned an overall GPA of 4.16 and an SAT score of 1210. She has earned nine college credits through dual enrollment at Mount San Jacinto College and she has maintained all A’s in her college courses. Carisma enjoys science and has completed lab science courses all four years of high school. Carisma has applied to several universities including University of La Verne, Stevens Institute of Technology, and Case Western Reserve University. She has already been admitted with scholarships to Creighton University, Whittier College, University of the Pacific, and University of Evansville as of February. Carisma plans on continuing STEM (Science, Technology, Engineering, Mathematics) courses.

Matthew Reed has been chosen as the Salutatorian for HHJCPHS. He is a dedicated student on campus and has earned his spot as salutatorian for the school. Matthew’s overall GPA is 3.92 and he scored 1180 on the SAT. Matthew has completed three college courses through dual enrollment at Mount San Jacinto Community College. In addition to working hard academically, Matthew has also been an important member of our Associated Student Body all four years of high school. Matthew will be attending California Baptist University in the fall to pursue a degree in Nursing.

Tahquitz High School is proud to announce Kiyomi Sugita as its Valedictorian. Kiyomi has a 4.50 GPA and  an SAT score of 1330. Kiyomi will complete eleven Advanced Placement courses, four Dual Enrollment courses, and the four-year Project Lead The Way Engineering pathway. She has been actively involved the AP Calculus and Titan Buddies clubs, where she has held positions of Treasurer and Secretary respectively. Kiyomi is also a three-year recipient of the Tahquitz PRIDE award and the Math Department award. After high school, Kiyomi hopes to attend California Institute of Technology to pursue a degree in Computer Science/Engineering with the goal of becoming a Computer Programmer.

Tahquitz High School recognized  Elica Joy Labaco as the class of 2018 Salutatorian. Elica Joy earned this recognition with a 4.48 GPA and a SAT score of 1310. During her four years at Tahquitz, Elica Joy will earn dual enrollment college credit for six courses, earning a total of 21 college units. She will also complete a total of 10 Advanced Placement courses. Elica Joy has been a member of the Tahquitz Band for three years and was a drum major. Elica Joy plays seven instruments. She also founded Titan Buddies, a club whose members mentor and support special education students. Elica Joy was Tahquitz High School's Student of the Month in November. After high school, she plans to attend a University of California (UC) campus and major in Sociology, then pursue a law degree.

Aaron Wu is this year’s West Valley High School Valedictorian. Aaron led the class of 2018 with an overall GPA of 4.2 combined with an SAT score of 1490. Aaron has excelled in the areas of math and science over the last four years. Aaron will have completed seven Advanced Placement courses earning college credit in six of those courses. He has been the mechanical engineer on our county-competing solar cup team and participated in our Project Lead the Way program. Aaron is anticipating attending University of California, Berkeley and majoring in Engineering. Aaron feels being the Valedictorian is a big responsibility and wants to represent West Valley well.

Bobbie Rivers is this year’s Salutatorian for West Valley. Bobbie earned this honor with an overall GPA of 4.32 and an SAT score of 1320. At the end of her time with West Valley Bobbie will have completed 12 Advanced Placement courses. Bobbie is a very involved student. She has served her community for more than six years as a member of several groups. She has also served in several different roles for West Valley’s ASB. Pageantry is a big passion in her life but spending time with family and friends is also very important to her. Bobbie has applied to two Ivy league schools but her first choice will be attending San Diego State and studying Psychology. Bobbie is proud to be Salutatorian and is thankful that all her hard work is paying off.

Sabrina Gobran was announced as the Western Center Academy’s (WCA) Valedictorian. Sabrina has consistently been a scholastic powerhouse at WCA and is ranked number one overall in her 2018 graduating class. Never one to rest on her laurels, Sabrina has challenged herself by taking nine of our school’s most challenging AP courses and has taken advantage of opportunities at WCA to begin her college work early.  In addition, she has also completed nine college courses earning a total of 33 college credits. Despite this heavy workload, Sabrina has rocketed to a 4.6128 weighted GPA and an SAT score of 1490.  She has earned an A in every class taken through Western Center Academy and our partner colleges.  In fact, she was our first student ever to earn a weighted 5.0 GPA during her junior year.   Sabrina plans to attend college and study Pre-Med.  She has spent the past several years as a nursing volunteer in our community and her goal is to remain in the health services field and go on to become a physician with a dedicated focus in neuroscience.  Her dream college is Yale University.

Tanner Packham is Western Center Academy’s Salutatorian for the Class of 2018. Tanner has a total weighted GPA of 4.5088 and an SAT score of 1510.  Tanner has taken a total of nine college classes during his high school years at WCA and earned a total of  31 college credits. In addition, Tanner has taken a total of nine Advanced Placement courses. He will earn multiple college credits for the AP exams he has passed. Tanner has been an active member of the Western Center Academy robotics program for six years. He is an integral part of the program’s success. He has led the robotics team to six consecutive regional championships. Tanner plans to take next year to serve as a missionary for his church. Tanner is an Eagle Scout and, through scouting and robotics, he has completed over 500 hours of community service.